Ok, this is neat.

With every update of the iPhone firmware, the hacker community has stepped up and created a way to install third-party apps on the iPhone. This is known as a “Jailbreak.”

The approach taken with the latest version of the iPhone and iPod Touch firmware, 1.1.3, is a little different.

Since the iPhone and iPod touch are running a version of Mac OS X, they have a nice BSD Unix layer underneath. So some hackers (including a 13-year old kid) have figured out a way for the jailbreak operation to take place right on the iPhone itself. No need for a computer. It downloads the firmware from Apple using “curl” then decrypts it and jailbreaks it.

All without any intervention. Check it out: iJailBreakMobile 1.0.

I did this today and it took about 45 minutes. It worked flawlessly. 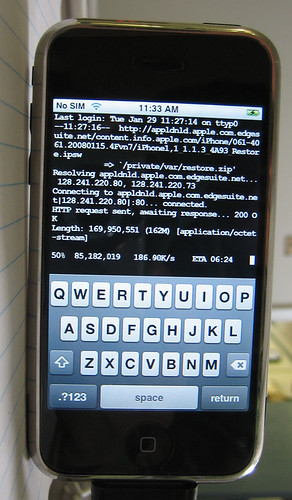 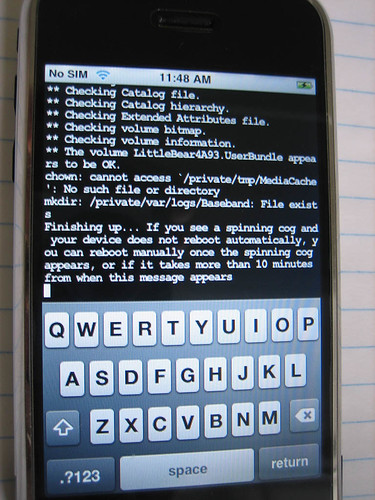 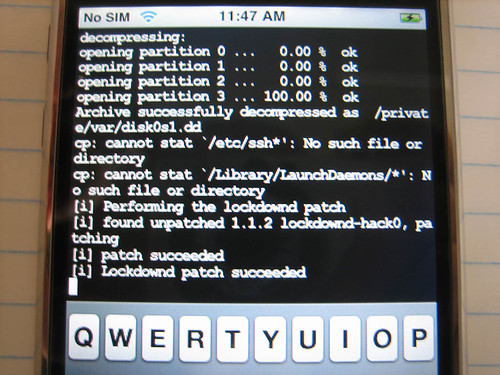 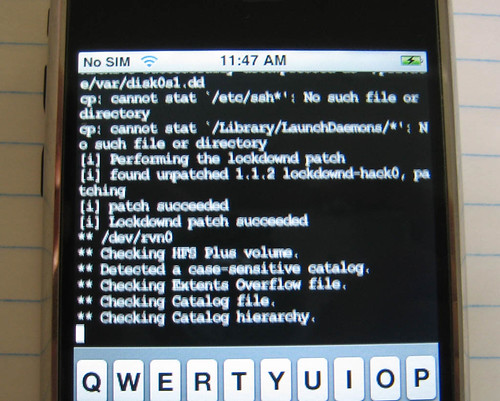 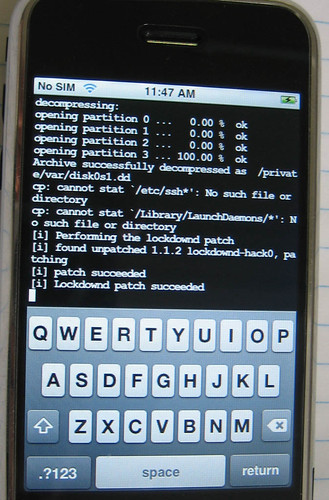 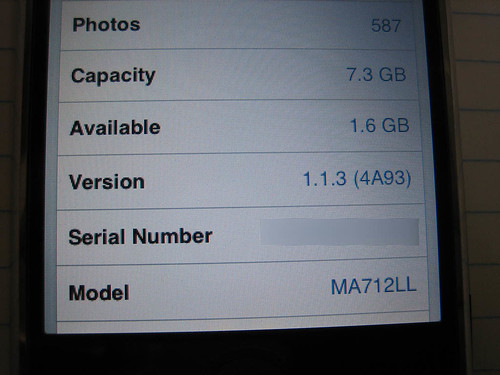 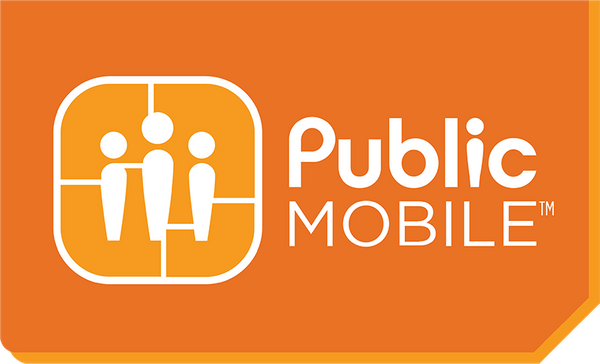 So I switched to Public Mobile