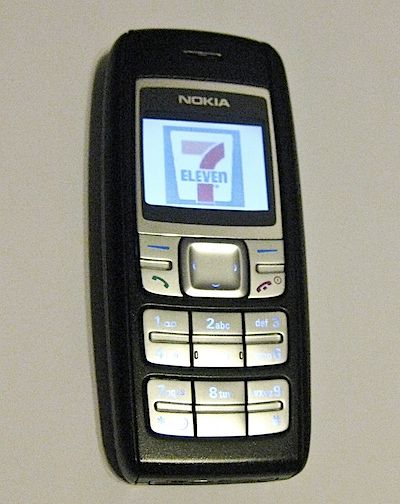 Note: This post is more than a year old, so I’ve edited it with updated info. Edits are indicated.

Update 2:  I’ve made a new post with information on using an iPhone with the Speakout data plan, as well as Using an iPhone 5 on SpeakOut.

Step 1: Acquire an iPhone in Canada.

First thing you’ll need is an iPhone. You can grab one on eBay or from your friendly neighbourhood iPhone seller. I’m not going to go into how to acquire an iPhone in Canada, you can figure that bit out yourself. Maybe your husband just bought a new iPhone and wants you to have his old hand-me-down iPhone or something like that.

A few things to watch for, though. If you get a first generation iPhone (sometimes called a 2G or 2.5G iPhone), you’ll have to unlock it, since it was never sold in Canada. This is trivial, and can be accomplished using the iPhone Pwnage Tool on either Mac OS X or Windows. 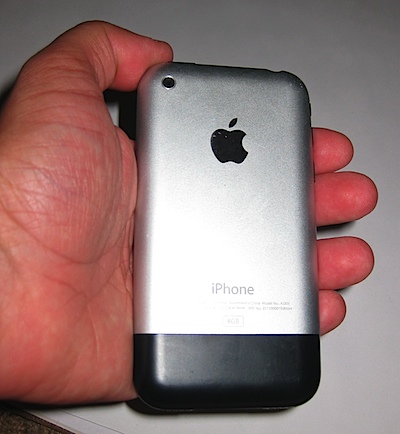 If you acquire a newer 3G iPhone, it must either be a Rogers or Fido locked phone, or from one of the carriers that doesn’t lock their phones (ie: from Greece, Hong Kong, etc). There’s no 3G unlock yet, but it doesn’t matter if you have a Rogers-locked phone, because the popular GSM prepaid services all use the Rogers network anyway. If you have a Fido locked phone, your only option is to use a Fido prepaid plan, though.

There are a bunch of prepaid services to choose from in Canada, but you’ll want to go with one that uses a GSM network, such as Rogers Pay as You Go, PetroCanada Mobility, or my personal favourite: 7-11 SpeakOut.

The 7-11 SpeakOut service is a good deal for a bunch of reasons — free voicemail, free Caller ID, no contracts, airtime lasts a year and can be extended by just adding more airtime. For more information, visit the official or unofficial SpeakOut sites. 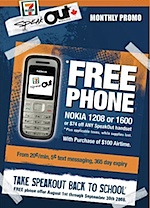 Every couple of months, 7-11 has a deal where you can buy $100 worth of airtime, and they’ll give you a free phone. It’s usually a Nokia 1600, 1208, or some similar “burner” phone. It’s pretty much just a basic GSM phone, with no frills. But we don’t really care about the phone, we just want the Subscriber Identity Module or SIM from the phone.

[update: in my opinion, the 7-11 service is the best, as the airtime lasts for a full year with any domination of top-up, and there is no cellular data to worry about. Rogers has its own Pay-As-You-Go service that is similar, but be sure to read all the fine print before signing on!] 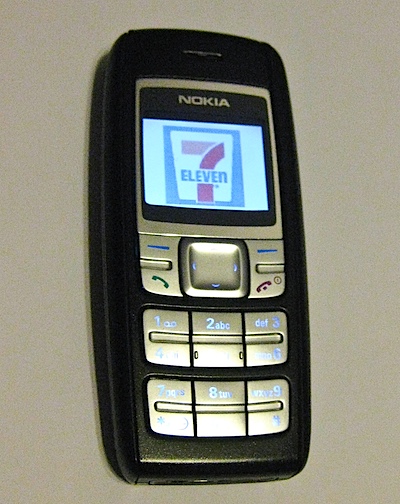 You can usually find the SIM underneath the battery: 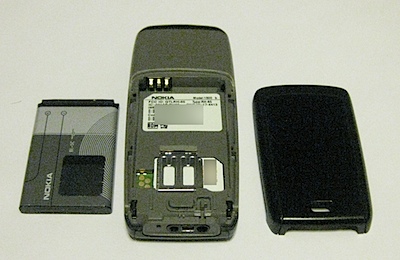 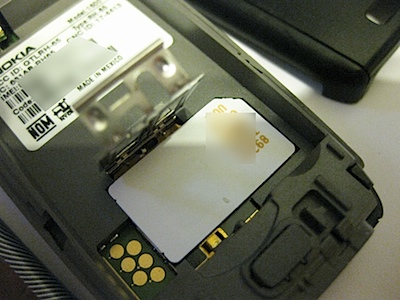 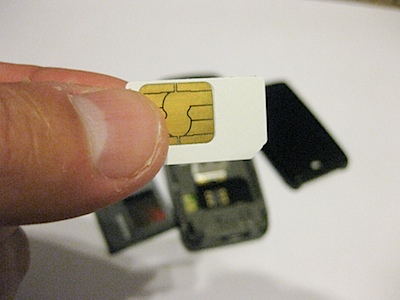 Take out the SIM and sell the phone on eBay 😉 You won’t need it anymore.

Step 3: Put the SIM in your iPhone 2G or iPhone 3G and you’re done.

Use a paperclip or the official Apple SIM removal tool (an Apple-branded paper clip) to open the iPhone SIM tray. It’s on the top of the phone — just push the paperclip into the hole next to it, and it will pop out. 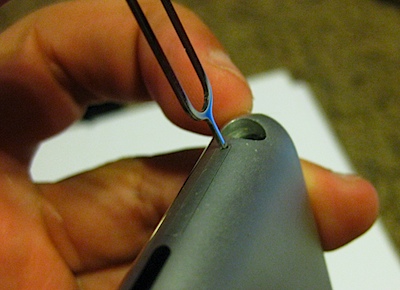 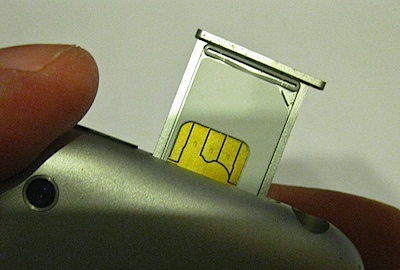 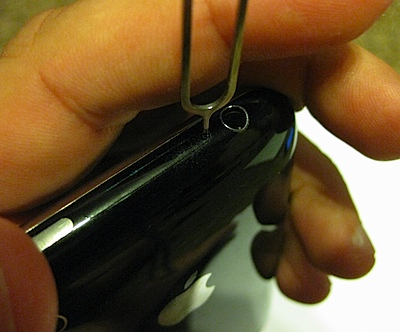 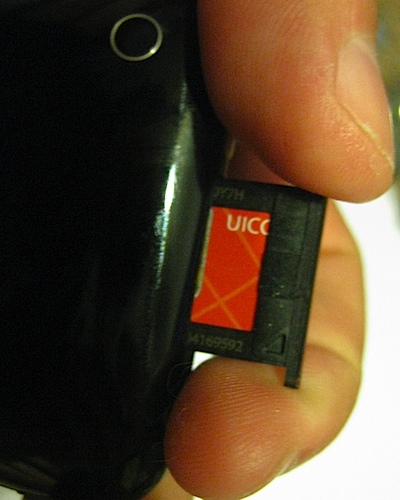 Drop the SpeakOut SIM into the tray. It’s notched, so there’s no way to put it upside down. Just don’t force it in: 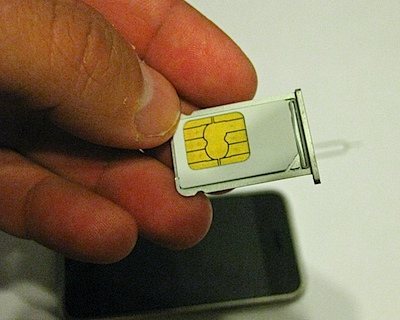 Note that the SpeakOut SIM works just fine in the 3G Rogers-locked phone, since the SpeakOut service also uses the Rogers network. So no unlock is needed. 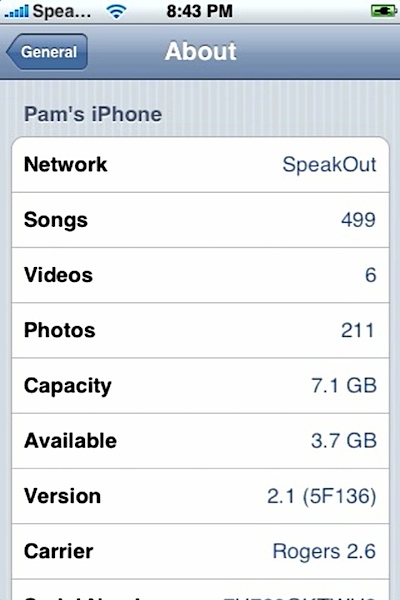 That’s it, you’re done. You have an iPhone in Canada on a Pay As You Go plan. No contracts, no system access fees, nothin’.

The only downside is that there’s no mobile data available on SpeakOut, but this isn’t a huge problem since there’s always free wifi available somewhere.

[update: to clarify — the goal is NOT to have cellular data — 2G or 3G on the iPhone with Pay-As-You-Go, because it would probably be super expensive. Instead, I want just phone functions, voicemail, and SMS texting, which all work just fine on the 7-11 Speakout system. You can use the iPhones other data functions (e-mail, Safari, etc) on wifi networks. I read and reply to e-mails even when I’m not near a wifi network, and then the phone just sends and retrieves e-mail when I am near one.] 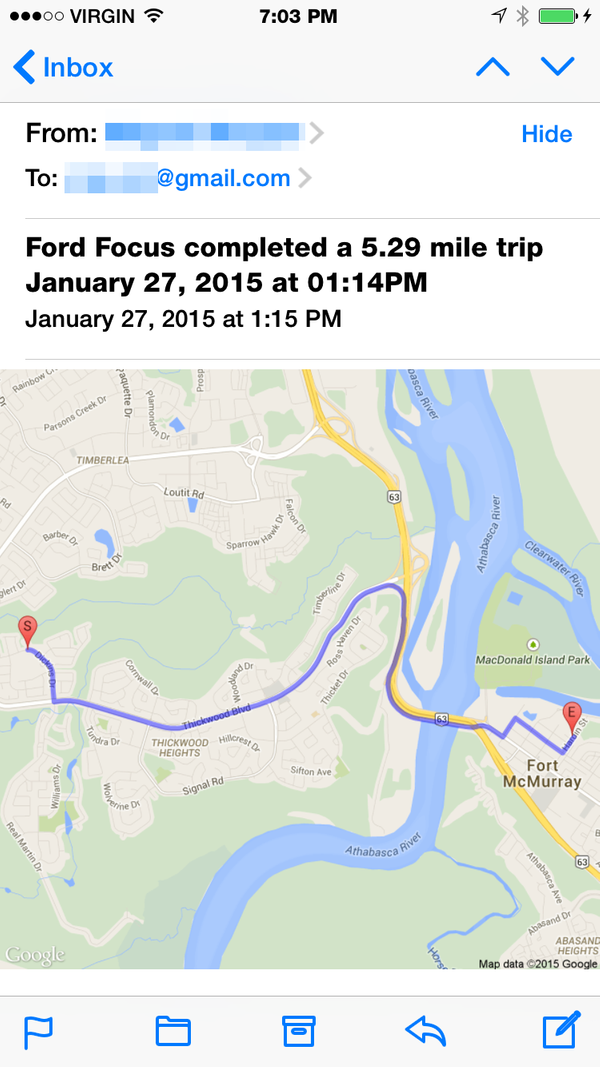 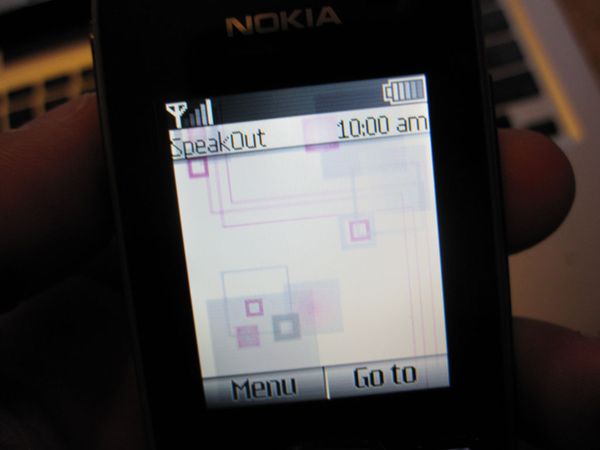