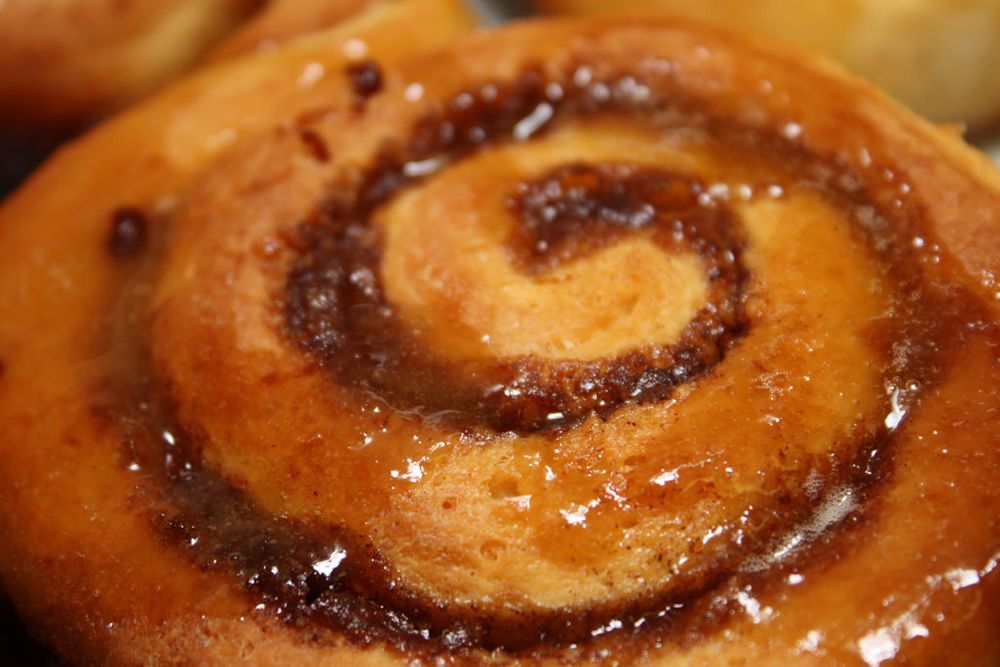 Everybody loves Hypnotoad Cinnamon Buns. Unless you’re some sort of Communist or a Terrorist.

And to be clear, I am talking about the awesome buns made from a yeast dough, sprinkled with cinnamon and sugar then rolled and cut into individual pieces and baked. Those Cinnamon Buns. Not whatever you were thinking.

There are many variations to Cinnamon Buns, they can be made with raisins, pecans, topped with icing or glaze or served with a caramel sauce. The one ingredient they all have in common is that they are filled with awesome.

There is no better pairing than a freshly baked cinnamon roll and a steaming, hot cup of coffee.

In a small bowl dissolve the 1 teaspoon of sugar and yeast in warm water. Let stand for 10 minutes or until creamy. Warm the milk in a small saucepan until it bubbles, then remove the milk from the heat. Mix in ¼ cup of sugar, ¼ cup butter and salt. Stir until melted. Let mixture cool until lukewarm.

In a large bowl, combine the yeast mixture, milk mixture, eggs and 1 ½ cups of flour. Mix well to combine. Stir in the remaining flour a ½ cup at a time beating well after each addition. When the dough has pulled together, turn it out onto a lightly flours surface and knead until smooth and elastic.

Place the dough in a lightly oiled bowl and turn the dough once to coat. Cover with a cloth and place in a warm spot (an oven with light on and door closed) and let rise until doubled in size, this takes about 1 hour. 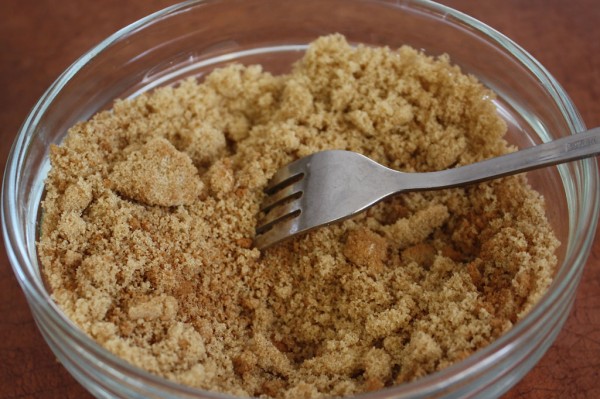 Turn dough out onto a lightly floured surface, roll into a 18×14 inch rectangle. Brush with2 tablespoons of melted butter, leaving a ½ inch border. Sprinkle with the brown sugar cinnamon mixture. Starting at the long side , tightly roll up, pinching the seam to seal. Brush with remaining 2 tablespoons of melted butter.Cut into 15 pieces with serrated knife, place in prepared pan.

Cover and let rise for 1 hour or until doubled in bulk. Preheat oven to 375 degees F. Bake for 25-30 minutes or until golden brown. Let cool in pan for 3-5 minutes then turn onto serving platter. Scrape remaining caramel mixture onto the buns. Serve warm. 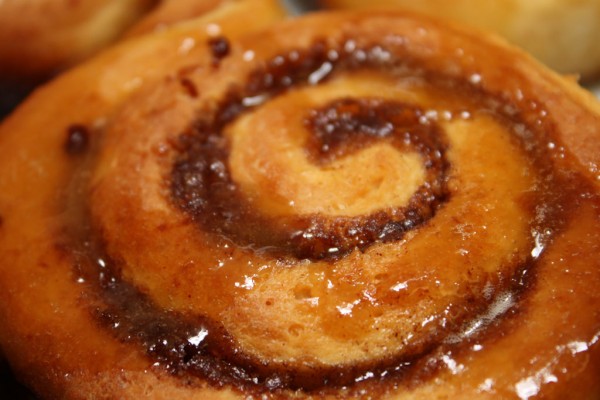 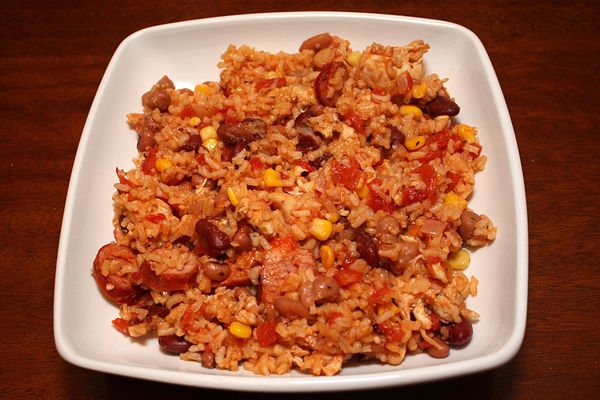 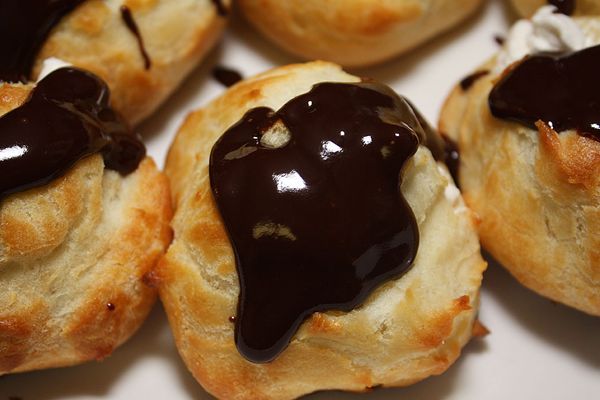 Who are you callin’ a cream puff?