Caldo Verde is a traditional Portuguese soup, with many variations and styles.  The basic soup has potatoes, onions, and kale, though these are rarely the only ingredients.  It is common to add garlic, salt, pieces of stew beef,  pork loin, or chouriço.   Xavier calls it “Green Soup.”

Miguel likes a lot of chouriço.  He sometimes makes chouriço sandwiches for breakfast.  So even though most recipes say that each bowl of Caldo Verde should have exactly one bit of chouriço, I tend to load it up. 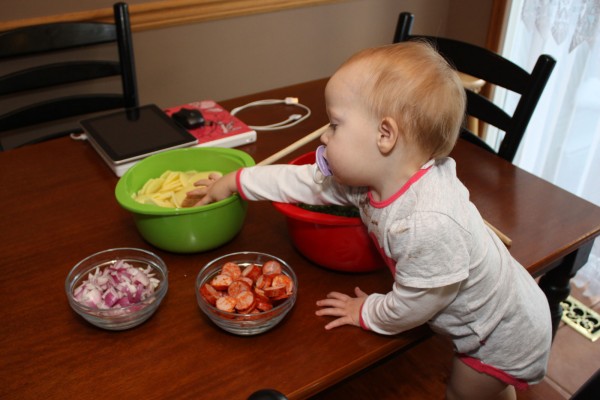 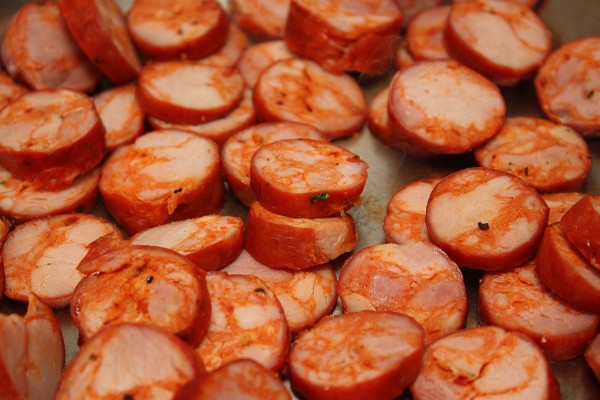 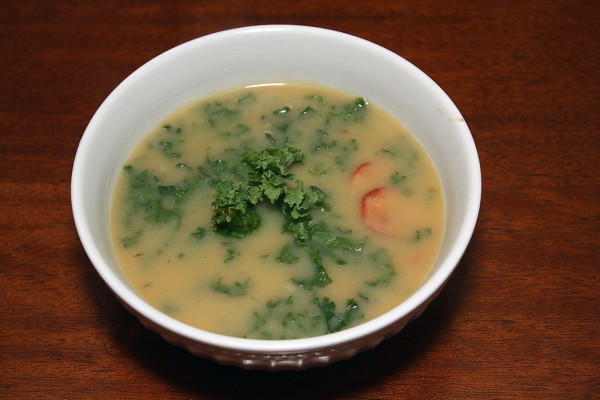 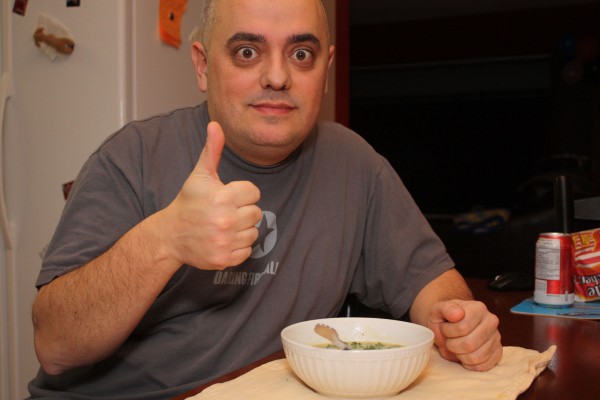